Have you ever thought about why some students learn languages more quickly as compared to others? No doubt, the reason behind their success is the virtue of their sheer hard work, persistence, and determination, etc.

Apart from that, there are some crucial factors also that influence their success largely. Do you know what are those factors which affect second language learning?

Well, today’s topic is around this only, we will discuss the factors affecting second language learning.

Now you all must be thinking, what’s the need of knowing about those factors. So, let me clear this to….! Analysis about factors will help you in recognizing the potential areas of difficulty in language learning. It’s better to have an idea of such things so that you can.

According to the learners who smartly perform IQ tasks have a greater success rate for learning the second language.

Even the student from the weedy academic background can also be master in the second language. Only they need is the right opportunity.

Well, I have seen many cases, where in spite of having good academic background learners face difficulty to learn foreign languages. That’s the reason why learners ‘Language Learning Aptitude’ is associated with the second language learning skills of learners. Not completely on the performance results in some IQ tests.

Test like MLAT (Modern Language Aptitude Test) mainly focuses on measuring the ability of learners to recognize and remembering the speech of their target language. So, it’s better to correlate language learning with MLAT than traditional IQ tests.

Yes, it’s very true that learning style is one of the biggest factors that affect second language learning. Usually learning styles are classified in perceptual, visual o auditory. Apart from this learning style can also be distinguished between field-dependent and field-independent learners.

Field-independent learning style is a tendency to extract facts from the surrounding context.

Whereas, field-dependent learning style, is a relative inability to separate detail from other information surrounding it.

For Example, Field-independent learners depends very less on tutor or others for support.

Activities like extensive writing and reading that learners can easily carry out on their own are quite beneficial for field-independent learners.

From research, it is found that individuals having extrovert personalities are much faster in learning the second language. anxious or Introverted learners show slower progress mainly in oral skills development. They hastate to take advantage of opportunities to speak. Whereas, outwards student doesn’t worry about the inevitability of making slipups. So, they know very well about their level of language learning and the areas in which they need to work.

The researcher has also concluded that Second language acquisition is highly influenced by learner’s age. Teenagers who all are already having solid literacy skill in their respective languages seems to grab new languages more efficiently. Older age learners can also be very successful. but they need to struggle hard for achieving fluent pronunciation and intonation equivalent to native-speakers.

The social setting is also divided as macro-social and micro-social. The macro social is related directly to the learner’s classroom setting environment. It is the place where the second language is comprehended, negotiated or communicated.

On the other hand, Macro-social relates to cultural, ethnic perspective and broader political.

Overall, educational and social settings put a bigger influence on the successful learning of the second language.

If any new learner doesn’t find a valued partner for conversation then his/her language acquisition will get compromised. This problem commonly rendered by minority and immigrant groups.

8. Motivation in the Classroom

Motivation is always important to get success in any field. If you have a clear career idea for language learning. Then it will ultimately help you to stay motivated always.

If the learner doesn’t set any motive behind learning languages then it will inevitably drop interest in their language learning. From studies, it is found that if a learner takes interest in whatever lessons taught to them. Ask a question regarding that and equally take part in discussion etc. Such learner learns languages more quickly as compared to silent learners.

SRSs Spaced Repetition Systems are the quickest way to learn anything and remember it for a longer time.

The idea is very simple. You just need to prepare a flashcard having questions and answers side by side. It takes very little time to take a recap of the things you have learned until now.

Well, SRSs handle this scheduling process for optimizing thousands of flashcards at a time. You can also include video clips, sound files, pictures on your flashcards.

There are many language learning apps available that offer this Spaced Repetition Systems feature in their app. Some examples of such apps are Fluentu, Memrise, And Duolingo. So, implement spaced repetition systems for faster language learning.

Yes, it’s very true that the teaching style of some teachers put a great effect on inappropriate learning experiences. Whether you are learning the language in a classroom or from the online app the way of instruction influences faster-learning progress.

If you are taking online language learning classes then keep these points in mind:

Before booking for the sessions:

Take the permission of doing so. Give much attention to pronunciation and vocabulary of your target language.

Whenever you get a chance to interact with native speaker take advantage of that. By doing so you can speed up your language learning task. Native speakers are actually working as a linguistic model for you and they also give proper feedback.

Consider all the aforementioned points regarding factors influencing language learning very carefully. As this will help you lot in grabbing any new language at a faster and longer-lasting way. 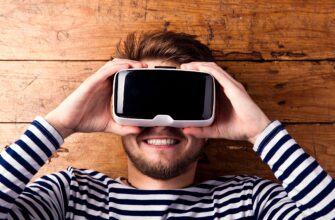 Virtual Reality (VR) Language Learning Overview
Learning a language is going as a trend and people
014
Why Do People Forget Language & How to Avoid It?
Learning any language is easy as there are plenty of
0137